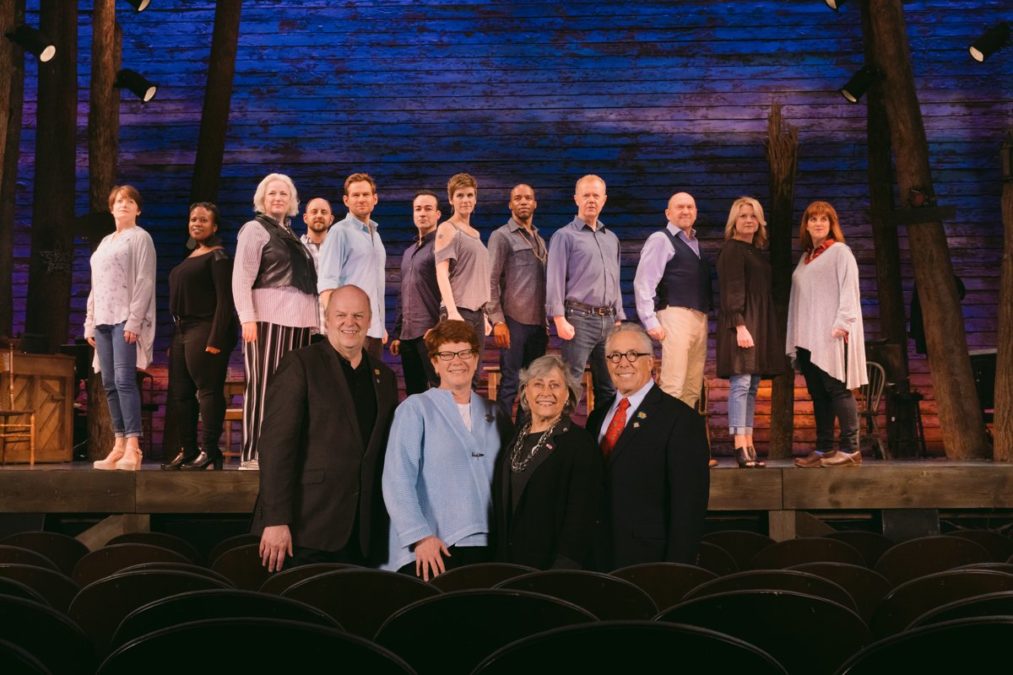 Come From Away Wins Big at Toronto’s Dora Awards

The acclaimed musical Come From Away took home top honors at Toronto’s Dora Awards on June 26. The show won accolades for Outstanding Production—Musical Theatre Division, Outstanding New Musical/Opera and Outstanding Performance in a Musical—Female, Jenn Colella. Come From Away was also honored with the 2017 Jon Kaplan Audience Choice Award.

Come From Away‘s Dora Awards honors were for its out-of-town engagement in Canada prior to its current run at Broadway’s Schoenfeld Theatre. Among the show’s New York honors, it was nominated for seven 2017 Tony Awards, taking home the Best Director of a Musical prize for Christopher Ashley.

Come From Away is based on the true story of when the isolated community of Gander, Newfoundland played host to the world. What started as an average day in a small town turned in to an international sleep-over when 38 planes, carrying thousands of people from across the globe, were diverted to Gander’s air strip on September 11, 2001. Undaunted by culture clashes and language barriers, the people of Gander cheered the stranded travelers with music, an open bar and the recognition that we’re all part of a global family.

More Buzz About Come From Away