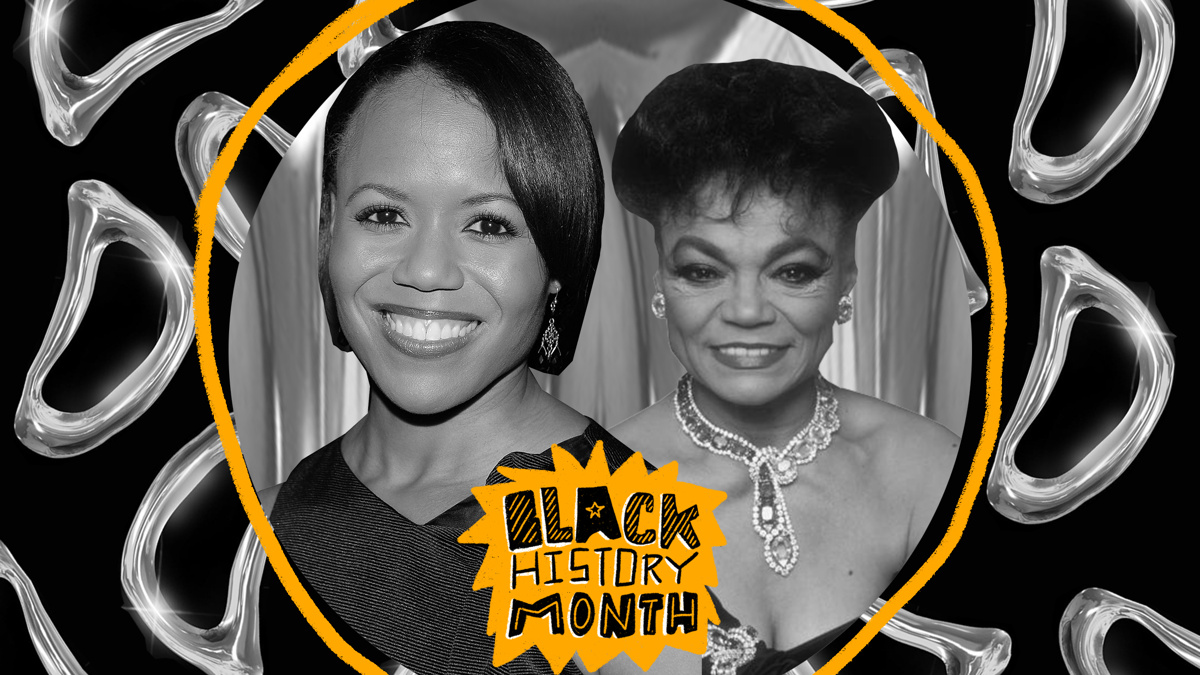 In honor of Black History Month, Broadway.com is once again inviting Broadway artists to celebrate the Black theatermakers who inspire them. Stars are taking this chance to honor their friends, mentors, co-stars and idols for this year’s edition. Continue reading to find out what Nikki Renée Daniels learned from Eartha Kitt, and click here to stay up to date on the series.

Nikki Renée Daniels was just days away from opening Marianne Elliott’s reinvisioned Company when Broadway shut down. The Stephen Sondheim and George Furth musical marks Daniels’ 10th Broadway production, she was previously seen in The Gershwins’ Porgy and Bess, Anything Goes, The Book of Mormon, Promises, Promises, Les Misérables, Lestat, The Look of Love, Aida and Nine. Prior to taking the role of Jenny in Company, Daniels was playing Angelica Schuyler in the national touring production of Hamilton. Coming in as a replacement in the 2003 revival of Nine allowed Daniels to work with the one and only Eartha Kitt, whom she is honoring this Black History Month.

Born in 1927, Eartha Kitt did it all. She was a singer, dancer, actress, songwriter and activist who garnered three Emmy Awards and two Tony nominations. Her first hit was the famous Christmas tune “Santa Baby” which was released in 1953. In 1950, Kitt has her first starring role as Helen of Troy in Orson Welles’ staging of Dr. Faustus and worked steadily on Broadway from then on. She garnered two Tony nominations: Best Actress in a Musical for 1978’s Timbuktu! and Best Featured Actress in a Musical for 2000’s The Wild Party. She was last seen on Broadway in the 2003 revival of Nine, when she replaced Chita Rivera as Liliane La Fleur. Kitt is also beloved for playing Catwoman in the Batman TV series and as Yzma in Disney’s The Emperor’s New Groove in 2000. Kitt died of colon cancer on Christmas Day 2008.

Daniels on Kitt: “I’ll never forget meeting Eartha Kitt for the first time. I had gotten cast as a replacement actor for the Broadway revival of Nine at the Roundabout Theatre Company. It was my third Broadway show, and I was still so young and green. I bounded up to Ms. Kitt on my first day to introduce myself, and she responded in her signature growl: ‘What are you, 12?’ She was so witty, strong and sexy—she was in her 70s in that production, and she had the best legs on the stage! It was an honor to perform with her and to see her process as an actor. She rehearsed in four-inch heels and ankle weights. She was always full out, no marking. She blazed so many trails in her career and in her life, and I’m grateful to have been able to witness a tiny fraction of it firsthand.”