Literally, Patti Murin is Broadway royalty. She is playing the princess Anna in Disney's Frozen. Prior to that, she appeared on Broadway in Lysistrata Jones, Xanadu as well as the tour of Wicked. She won praise and the heart of now-husband Colin Donnell in the Shakespeare in the Park production of Love's Labour's Lost. The acting couple have adorable pups Petey and Milo, who are the stars of popular Instagram account. Despite her handsome partner, perfect pets and dream job, Murin has been candid about the parts of her life that are less than ideal. What makes this Great White Way favorite truly admirable is her breezy honesty which tends to make others less alone. Murin stopped by Show People with Paul Wontorek to discuss her frankness on social media, the developing musical she and Donnell want to star in and much more. 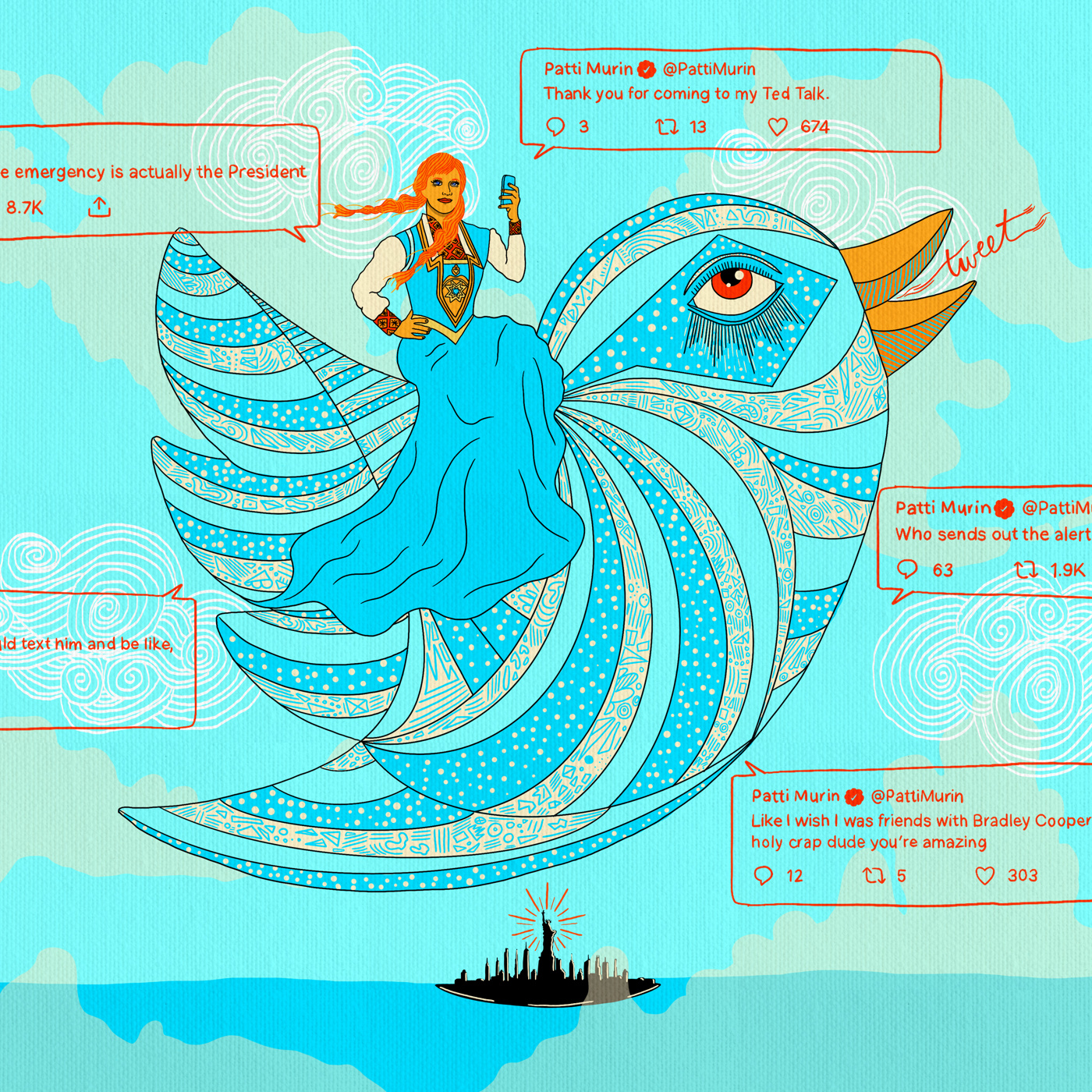 1. SHE SEES THE GOOD IN SOCIAL MEDIA
"In the age of social media, there is much more of an opportunity to present yourself as you really are. In the last eight to 10 years, you have the ability to be who you want to be. I hate the word ‘brand’ so much, but you’re able to be yourself if you want to. I am not known for keeping my thoughts to myself, and I guess I never have been. I find positivity in Twitter. I really like connecting with people." 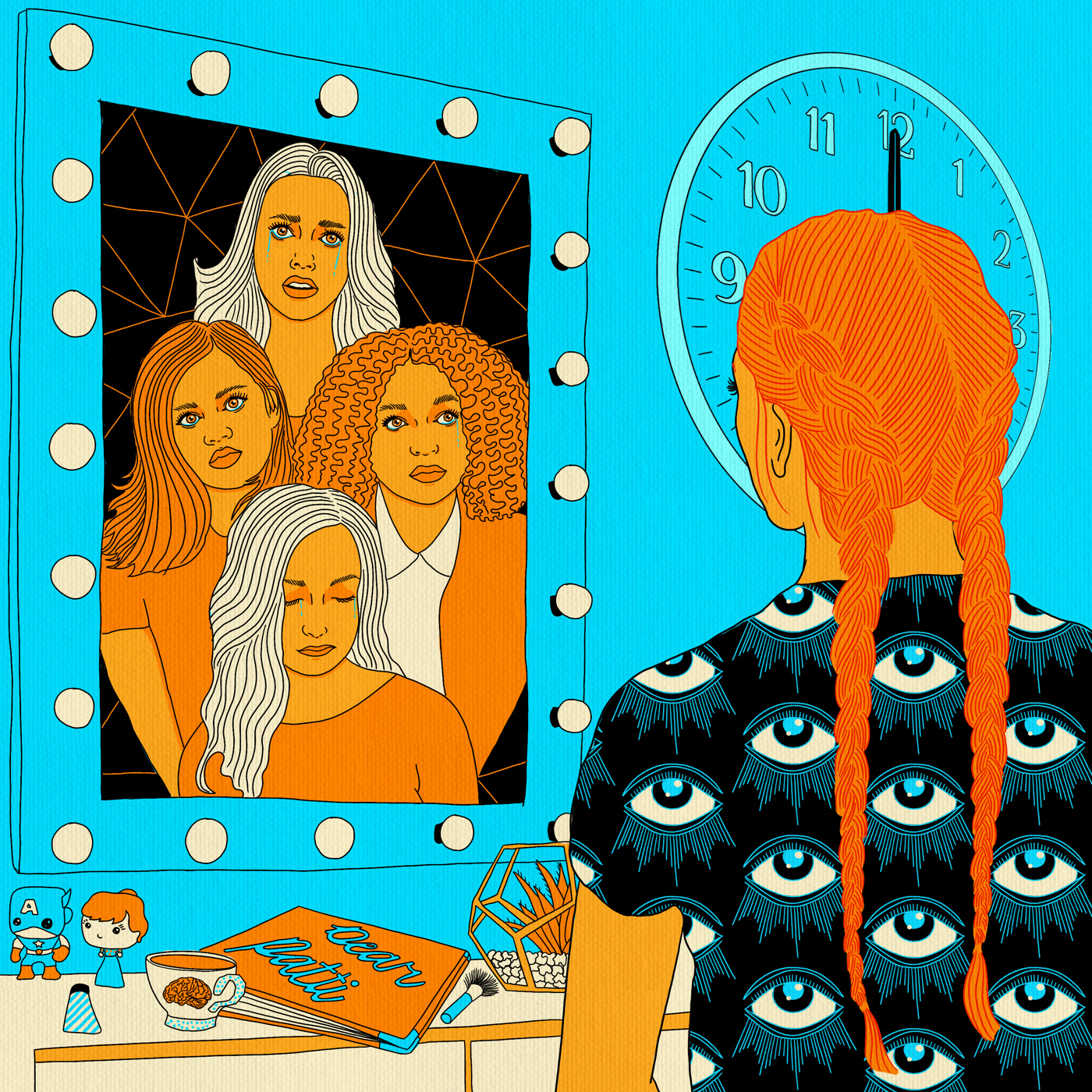 2. SUPPORT GOES BOTH WAYS
"People need to know that they are not alone and that people that they admire for their talent are also humans dealing with things. This past April, I called out of a show. I had a panic attack and was not fit to go to work. It doesn’t matter if I was working at a clothing store, on Broadway, an accounting firm—so I called out and the next day I posted about it. It felt a tiny bit scary when I pressed ‘send’ but it didn’t feel like something huge where I was like, ‘I’m going to change the world.’ It was just honesty. And the response from that was truly overwhelming. It got picked up by international news sites. I have binders full of letters that I get at the theater. I save all of the ones that are from mostly women who suffer from some sort of mental health situation. It’s important for me to get them too because this is how I know that I am not alone." 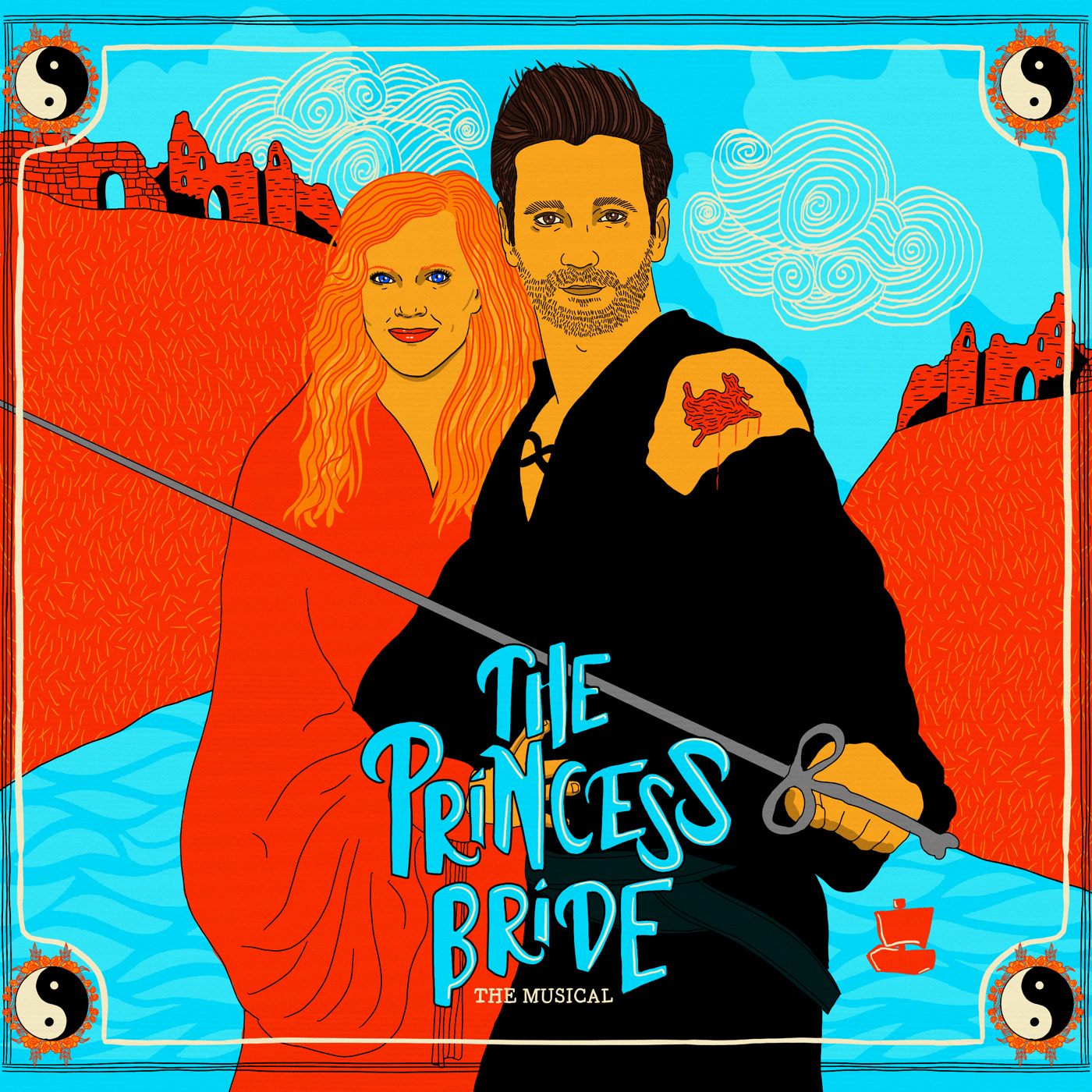 3. SHE'S DETERMINED TO BE IN THE PRINCESS BRIDE (WITH HER HUBBY)
"I always knew that it was a property that people wanted to make a musical. It’s both of our favorite movies. It’s something we bonded over very, very early on, and now it is being developed."

ON STARRING IN A BROADWAY HIT
"It’s a nice new feeling. I have never done a show for quite this long before. You can actually put things in your dressing room. You can invite people to see the show months down the line. You know what you’re doing next week. I can make life plans!"

ON ALMOST QUITTING THE BIZ
"I was at a wedding with Bobby [Lopez] and Kristen [Anderson-Lopez]. I was doing a show at Goodspeed. I was in a place where I was like, ‘Do I want to do this after this is over?’ I want to say it’s the first and only time I’ve ever been in that [mindset]. I was working; it wasn’t like I was unemployed. I went to the wedding, and they were like, ‘Oh my gosh, I want to work with you.’ I was like, ‘Well, I guess I can’t quit the business if Bobby and Kristen Lopez want to work with me.’"

ON NERDS' BROADWAY CANCELLATION
"It was the last day in the studio before we were supposed to go into the theater. We were literally singing through a number. I think we were singing the lyric, ‘Live your dream.’ It’s hard not to find the comedy in that. They were like, ‘Stop!’ It was rough for everybody, but I felt especially bad for the people who were going to be making their Broadway debuts with this. Everyone was so, so good. I just wanted everyone to be able to see what these people could do. I loved it so much, and it was such a good group of people. Our interns automatically went out and got bottles of wine. Then, I think we got brown liquor and pizza. We leaned on each other. We went back the next day and did a run-through for our creative team and our guests, and then we all just went our separate ways."

ON A RELUCTANT INVITATION
“Two nights before we started rehearsal for Love Labour’s Lost, I had a small party at my house. [Colin Donnell] lived two blocks away, and I was like, ‘I guess I should invite him.’ He came and was one of the last ones to leave. I walked him out to the elevator and just kissed him. I was drunk, and he was cute. I went back inside, and my best friend was there. I was like, ‘Oh, he’s really cute, isn’t he?’ And she was like, ‘Uhhhhh yeah!’ We had met when we were babies. I was in Xanadu;  he was in Jersey Boys. We were children. We started rehearsals after that for Love Labour’s Lost. We were like, ‘All right, I guess we’ll go get some sushi.’ It was the exact opposite of every relationship I’ve been in which is why I think it worked.”

Watch the full episode of Show People with Paul Wontorek below!

Interview has been edited and condensed for clarity.

Did you know Show People is available as a podcast? Listen to your favorite stars talk Broadway and beyond on your way to work, the gym, the theater and more on iTunes and Spotify.