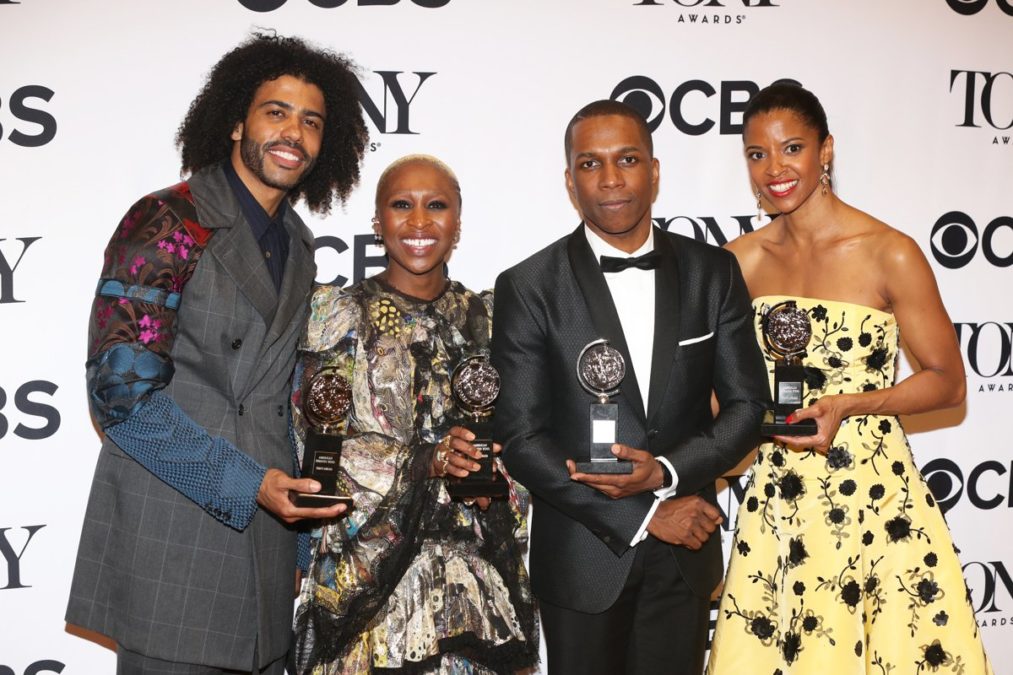 Is the world wide enough for Lin-Manuel Miranda’s trophy cabinet? As expected, the much-lauded Broadway hit Hamilton dominated the 70th Annual Tony Awards, bringing home a total of 11 trophies, from a record-breaking 16 nominations. It was just one short of The Producers’ record 12 wins, but exceeded Billy Elliot’s total of 10.

Best Revival of a Musical
The Color Purple

Best Revival of a Play
A View From the Bridge

Best Leading Actor in a Play
Frank Langella, The Father

Best Featured Actress in a Play
Jayne Houdyshell, The Humans

Best Featured Actor in a Play
Reed Birney, The Humans

Best Direction of a Play
Ivo van Hove, A View From the Bridge

Best Scenic Design of a Musical
David Rockwell, She Loves Me

Best Scenic Design of a Play
David Zinn, The Humans

Recipients of Awards and Honors in Non-competitive Categories