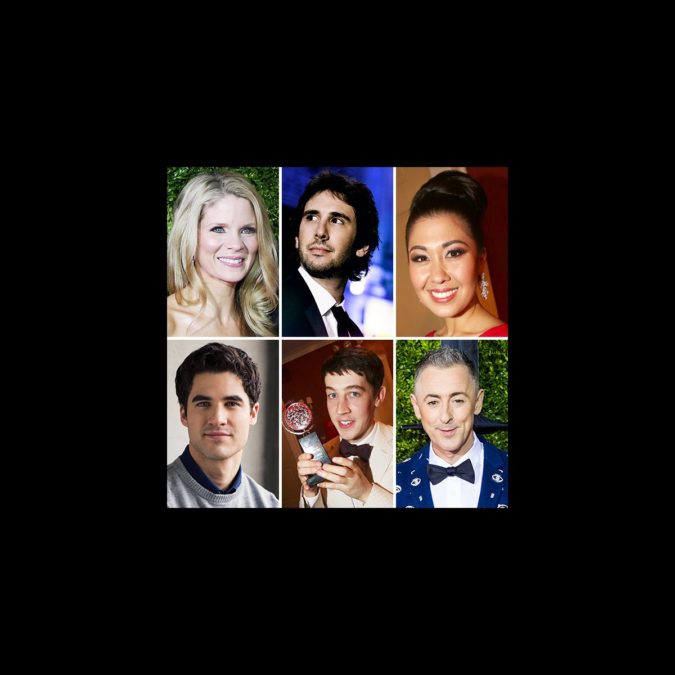 This year's Tony Awards were totally out of this world. Fun Home took home the trophy for Best Musical, a tearful Alex Sharp transformed from recent Juilliard grad to Tony winner before our eyes, and oh right, Kristin Chenoweth wore an E.T. costume for some reason. Stop playing “Ring of Keys” on repeat for a sec, because it’s time for the Lessons of the Tony Awards!

2015 Tony Winners Respect Your Time
Usually, Tony winners make the awards ceremony all about them. “There’s so many people I’d like to thank.” “This award means so much to me.” “I’d like to dedicate my award to the memory of my late mother.” Geez, how selfish can you be? This year, however, the winners made it all about you by keeping their speeches short and sweet. The show ended on time, and you were in your jammies by 11!

The Worm Isn’t Kelli O’Hara’s Only Move
The sixth time’s the charm for The King and I star Kelli O’Hara. The Broadway sweetheart is finally a Tony winner, and she celebrated by proving that she can, in fact, do the worm! And tap dance! She even busted out some weird interpretive stuff we’re not really sure how to categorize! You’re our favorite Tony-winning worm, Kelli. Wriggle the night away—you’ve earned it.

Josh Groban Might Be a Soothsayer
By the way, was Groban trying to send us a secret message during the “In Memoriam” tribute? Call us crazy, but while he was singing “You’ll Never Walk Alone,” we could have sworn we heard him whisper, “Carousel is coming to Broadway next season.” Maybe it’s just wishful thinking, but #soreadyforaclambake.

Ruthie Ann Miles Is an Environmentalist
The King and I star Ruthie Ann Miles became the official Broadway Recycling Ambassador when she opted to bring her cell phone on stage to read her acceptance speech instead of a piece of paper. Way to do your part, Ruthie! Hey, um, we know we said we’d take compost duty at the post-show party but uh, we’ve been working all night and we’re kinda tired. Rain check?

Didn’t Get Nominated? You Still Win!
The Tonys typically showcase the plays and musicals that actually, um, you know, were nominated for Tony Awards. But this year, a ton of air time was given to shows like Fish in the Dark, It Shoulda Been You and Finding Neverland, which were completely snubbed. Hey, we're all winners at the Tonys…especially the woman who wrote that random email David Hyde Pierce read.

Darren Criss Took Manganiello Technique
When Magic Mike hunk Joe Manganiello asked Darren Criss which teacher made an impact on his life, the Hedwig star quipped that he learned everything he knows from watching Magic Mike. Darren, we know you’re kidding, but we just had a brilliant idea. You. This. Next season. And bring Carousel with you.

Young Stars Stole the Show
While seasoned celebs like Helen Mirren and Tommy Tune were honored at this year’s awards, the evening was really made electric by 11-year-old Sydney Lucas, who performed the emotional “Ring of Keys” from Fun Home, and Curious Incident’s Alex Sharp, who won his first Tony after graduating from Juilliard. Congratulations! You’ve made us all feel horribly inadequate.

Cheno Is the Hostess with the Mostess
The On the Twentieth Century powerhouse may not have won a Tony this year, but she proved she’s capable of absolutely anything. She sang, she danced, she phoned home, she jumped out from under a dress, she sang some more, she danced some more, she changed costumes about 87 times and OH RIGHT HOSTED THE SHOW. Your move, SNL.