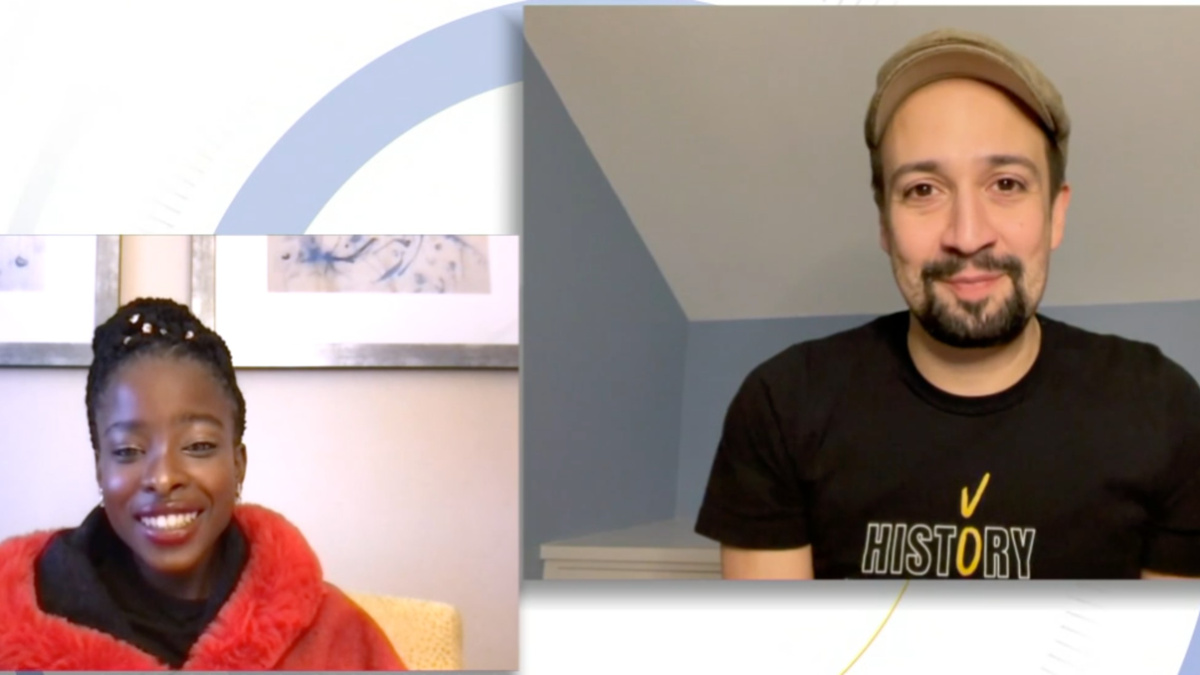 History has its eyes on Amanda Gorman. The 22-year-old poet, who made history as the country’s first National Youth Poet Laureate in 2017, performed her poem “The Hill We Climb” during the inauguration of President Joe Biden and Vice President Kamala Harris on January 20. The speech caught the eye of a certain Tony-winning creator. Shortly after Gorman stepped down from the podium, Lin-Manuel Miranda tweeted his congratulations to which Gorman replied saying, “Did you catch the 2 Hamilton musical references in the inaugural poem? I couldn’t help myself!’ The following morning, the Harvard graduate appeared on Good Morning America to talk about the historic moment and got a surprise video message from Miranda saying, “The right words in the right order can change the world, and you proved that yesterday with your brilliant piece. I’m so incredibly proud of you and I can’t wait to see what’s next. You smashed it!” Gorman went on to talk about meeting Lady Gaga, who performed the National Anthem at the inauguration, saying, “It was just such a great moment because what she does with music I aspire to do with poetry, so it was great to have that woman-to-woman camaraderie.” Amassing over two million followers overnight, Gorman has her eyes focused on the future, including the release a children’s book, Change Sings, and one day running for office. Watch the sweet interaction with Miranda that made Gorman “almost fall out her chair” below.