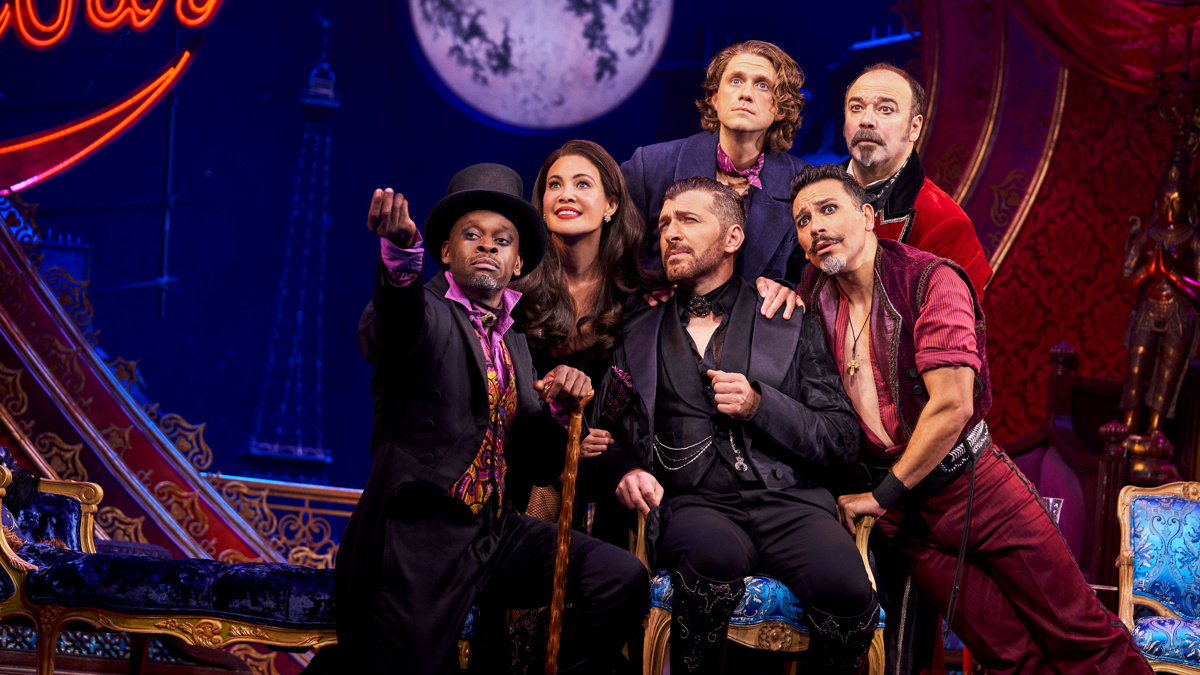 Here’s a quick roundup of stories you might have missed.

Moulin Rouge! Das Musical Sets Dates for Germany
Spectacular, spectacular news for German audiences! As previously announced, Moulin Rouge! Das Musical will open in Cologne, and dates have been revealed for the bow. Performances will begin on October 19 at the Musical Dome, which will be extensively renovated for the production, and open on November 6.The German-language production of Moulin Rouge! The Musical will be the fifth to open after Broadway, Melbourne, London and the North American tour, which will begin on March 19. Seoul is set for December and Tokyo for 2023. The show won the 2020 Tony Award for Best Musical.

Giles Terera to Star in The Witches of Eastwick Concert
Olivier Award winner Giles Terera will star as Darryl Van Horne a special one-off concert of The Witches of Eastwick at London’s Sondheim Theatre on June 20. With a book and lyrics by John Dempsey and music by Dana P. Rowe, the show is based on the novel by John Updike and the Warner Brothers motion picture. The story spotlights three women, bored with their small town lives: Alex, Sukie and Jane. They all share a desire for “all manner of man in one man” to provide excitement and variety. That man arrives in the devil-like form of Darryl Van Horne (Terera), who seduces the women and teaches them powers they never knew they had. Maria Friedman will direct with musical staging by Stephen Mear. This will be the first time the musical has been seen in London since it originally played at the Theatre Royal Drury Lane in 2000 before transferring to the Prince of Wales Theatre in 2001. Additional casting will be announced later.

Watch Brian Cox Take on HBO’s Euphoria
Olivier Award winner and Succession star Brian Cox appeared on Jimmy Kimmel Live! to offer his take on a scene from season two of Euphoria. Watch him step in as Cassie (played in the series by Sydney Sweeney) below!

Skylar Astin Cast as Geena Davis’ Son in Legal Drama Pilot
Broadway alum Skylar Astin has been tapped to star alongside Geena Davis in CBS’ mother-and-son legal drama pilot. Deadline reports that the project comes from writer/executive producer Scott Prendergast and executive producer Phil McGraw and follows Todd (Astin), a talented but directionless P.I. who is the black sheep of his family. Despite their opposing personalities, he agrees to work as the in-house investigator for his overbearing mother Joan (Davis), a successful attorney reeling from the recent dissolution of her marriage. As previously announced, Astin has also joined season 18 of Grey’s Anatomy.

Kyle Beltran & Will Brill Set for A Case for the Existence of God
Broadway alums Kyle Beltran (The Cherry Orchard) and Will Brill (Oklahoma!) will star in the world premiere of Samuel D. Hunter’s A Case for the Existence of God at off-Broadway’s Pershing Square Signature Center this spring. The new work, directed by Tony winner David Cromer, will begin performances on April 12 and open on May 2. Beltran and Brill, who are former college roommates, lead the production, which takes place in a cubicle in Southern Idaho as two individuals unexpectedly choose to open up each of their worlds to the other. Hunter is a Drama Desk, Lucille Lortel and Obie-winning playwright. He also received a 2014 MacArthur Fellowship.