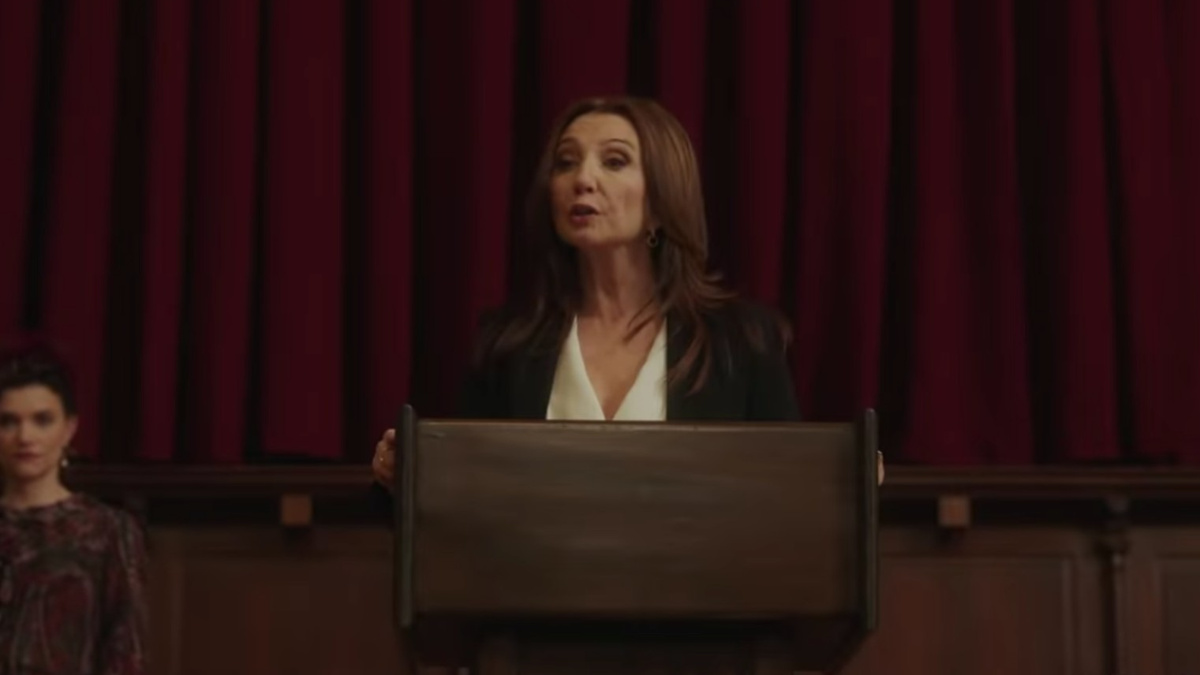 Spotted: A Glitzy Trailer for HBO’s Gossip Girl
The previously announced Gossip Girl reboot is slated for release on HBO Max on July 8, and a trailer filled with glitz, glamour and a healthy dose of Upper East Side drama has just dropped. As previously reported, the reboot will feature several Broadway favorites like Donna Murphy, Laura Benanti, Adam Chanler-Berat, Tavi Gevinson and Jason Gotay. Spot them in the trailer below!

What the Constitution Means to Me & More Set for Guthrie Season
Minneapolis’ Guthrie Theater is set to resume in-person performances beginning September 30 with the national tour of Heidi Schreck’s What the Constitution Means to Me, starring Cassie Beck. The Tony-nominated and Pulitzer Prize finalist play will run through October 24 on the McGuire Proscenium Stage. Lavina Jadhwani’s new adaptation of Charles Dickens’s holiday classic A Christmas Carol will follow on November 6 on the Wurtele Thrust Stage. Guthrie Artistic Director Joseph Haj helms the production, which will run through December 27. The new year will include A Raisin in the Sun (January 8—February 13), The Tempest (February 26—April 16), Emma (June 18—August 21), Sweat (July 16—August 21) and an additional show to be announced for the spring. Head here for further details.

Juilliard Black Alumni Association Sends Letter to Board of Trustees
The newly formed Juilliard Black Alumni Association, whose members include Danielle Brooks, Corey Hawkins, Joaquina Kalukango and more, has sent a letter to the Juilliard Board of Trustees outlining the steps it hopes the school takes in order to create a truly equitable conservatory. This includes a more aggressive approach to diversifying the drama division faculty and staff, implementation of a clear code of conduct with an accurate detailing of consequences for pervasive incidents, intentional employment of Black counselors/therapists/trauma specialists and specific allocations of funds to hire Black faculty. “JBAA looks forward to collaborating with The Juilliard School leadership to help create a truly equitable conservatory, one where students can pursue their training in an environment free of bias,” said the founding members in a joint statement. “Systemic change requires diligence, and with the commitment of an expanded network of dedicated alumni, our aim will be to demand institutional accountability in dismantling systems of oppression and to provide additional resources for Black students at Juilliard through mentorship and community building.”

New 42 Announces Summer Programming at Little Island & More
New 42, the nonprofit organization focused on making performing arts an important part of everyone’s life from their earliest years onward, has announced their slate of upcoming summer programming. New Victory Dance returns this summer with five New York City-based dance companies including Seán Curran Company, Full Circle Souljahs, Keerati Jinakunwiphat, Mozaik Dance and the Sri Lankan Dance Academy of New York. For the first time, New Victory will offer New Victory Dance Jams, which will take place in-person through partnerships with select summer schools, summer camps and public spaces. Each of the five companies will provide a dancer who, with the support of New Victory education staff and teaching artists, will perform an excerpt of the work. Kids will react, respond and create choreography with the professional artists for a COVID-safe, 45-minute dance experience. In addition, on eight Sundays from June through September, New Victory LabWorks, a new development program for BIPOC artists, will invite current and alumni companies to share their works-in-progress at Little Island. New Victory teaching artists have also created outdoor public engagement activities specifically for Little Island and their intimate performance space, The Glade. On 12 Saturdays from June through September, New Victory teaching artists will engage kids of all ages and their families in a variety of activities devised around their individual art forms, including clowning, dancing, crafts and music-making. All park-goers are welcome to participate. For more information, head here.

Goodspeed Announces Reopening Date & First Show
East Haddam, Connecticut’s Goodspeed Musicals will reopen its doors as of September 24 with A Grand Night for Singing: A Celebration of Rodgers & Hammerstein, a revue providing a fresh take on the musical work of the legendary pair. Directed by Rob Ruggiero, the show will celebrate over 30 hit songs from their beloved shows, including Oklahoma!, South Pacific, The Sound of Music, Carousel, The King and I, Cinderella and more. “We’ve experienced a rollercoaster of fear, disappointment and gratitude since March of 2020,” Artistic Director Donna Lynn Hilton said in a statement. “We cannot wait to welcome audiences to once again enjoy one-of-a-kind live musical theater in our iconic home.”