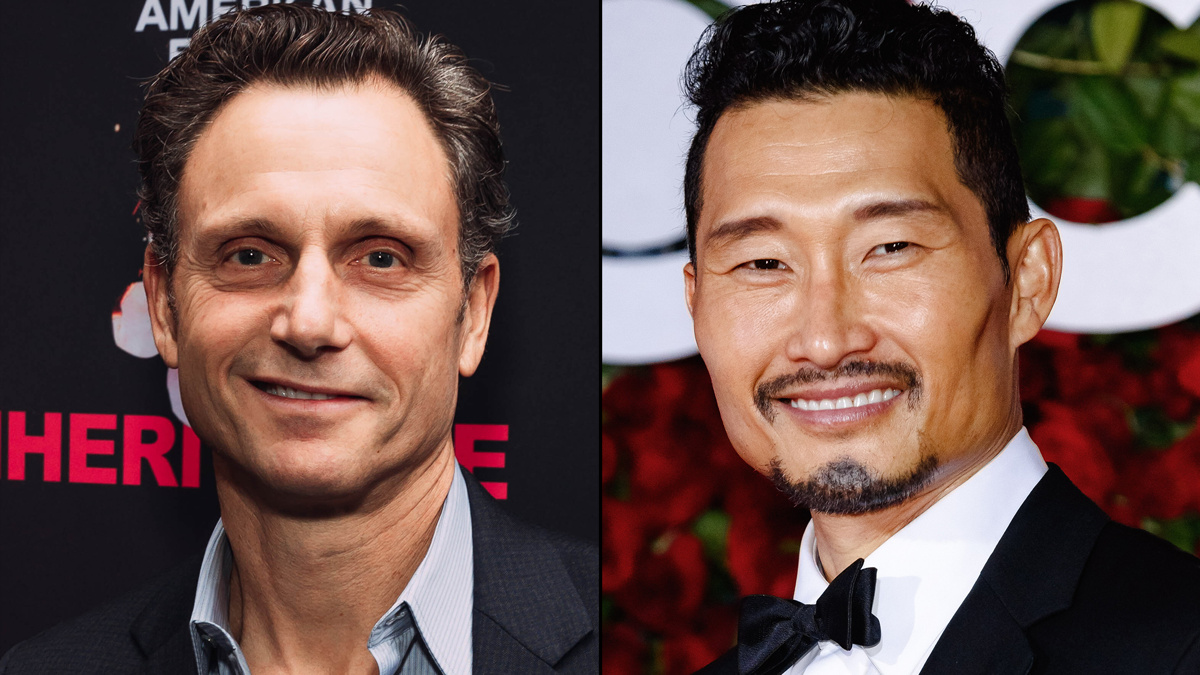 Tony Goldwyn and Daniel Dae Kim to Lead Disease-Focused Anthology Series
Broadway alums Tony Goldwyn and Daniel Dae Kim are set to lead National Geographic’sThe Hot Zone: Anthrax, according toVariety. The six-episode series centers on the bioterror attacks that caused panic across the country in the weeks after the 9/11 terror attack. Kim, who made his Broadway debut staring in the 2015 revival of The King and I, will portray Matthew Ryker, an FBI agent with a specialty in microbiology. Goldwyn, who was most recently seen as Henry Wilcox in The Inheritance, will take on the role of Bruce Ivans, a brilliant microbiologist who gets caught up in the hunt for the anthrax killer. Watch this space for more information, including a release date and additional casting.

Debbie Allen and Dick Van Dyke to be Recognized at 43rd Annual Kennedy Center Honors
Tony nominee Debbie Allen and Tony winner Dick Van Dyke have been announced among this year’s honorees for the 43rd Annual Kennedy Center Honors. The other honorees include singer-songwriter Joan Baez, country singer Garth Brooks and violinist Midori. The event, which usually takes places in early December, was postponed due to the COVID-19 pandemic and will now occur the week of May 17. A medallion ceremony for the honorees and a limited audience will be hosted by the Kennedy Center. The ceremony will be filmed and air on CBS as a two-hour primetime special on June 6.

Goodspeed Musicals Announces Donna Lynn Hilton as Artistic Director
Connecticut’s Goodspeed Musicals has announced a change in leadership. Donna Lynn Hilton has been named the new Artistic Director of the theater, making her the first woman to hold the position since its creation in 1959. Hilton previously worked as a producer at Goodspeed. David Byrd has also been announced Managing Director, a new role for the company. Hilton’s tenure has begun, taking over the role from Michael Gennaro, who announced his upcoming retirement in February 2020. Byrd will officially begin his position in mid-February.

Cirque du Soleil Composer to Develop Rock Opera About Japan’s Imperial Family
Benoît Jutras, known for composing many Cirque du Soleil productions, is working on a new musical. According to Variety, Jutras is developing a rock opera that traces Japan’s Imperial Family through the final days of World War II. The show, which is currently titled 十 (the Japanese symbol for 10), was written to be performed by an entirely Asian company with gender-fluid casting. This will mark Jutras’ first English-language musical.

P.S. Watch Tony winner Annaleigh Ashford talk about her move from Brooklyn to Los Angeles and her new sitcom B Positive on The Late Late Show with James Corden.