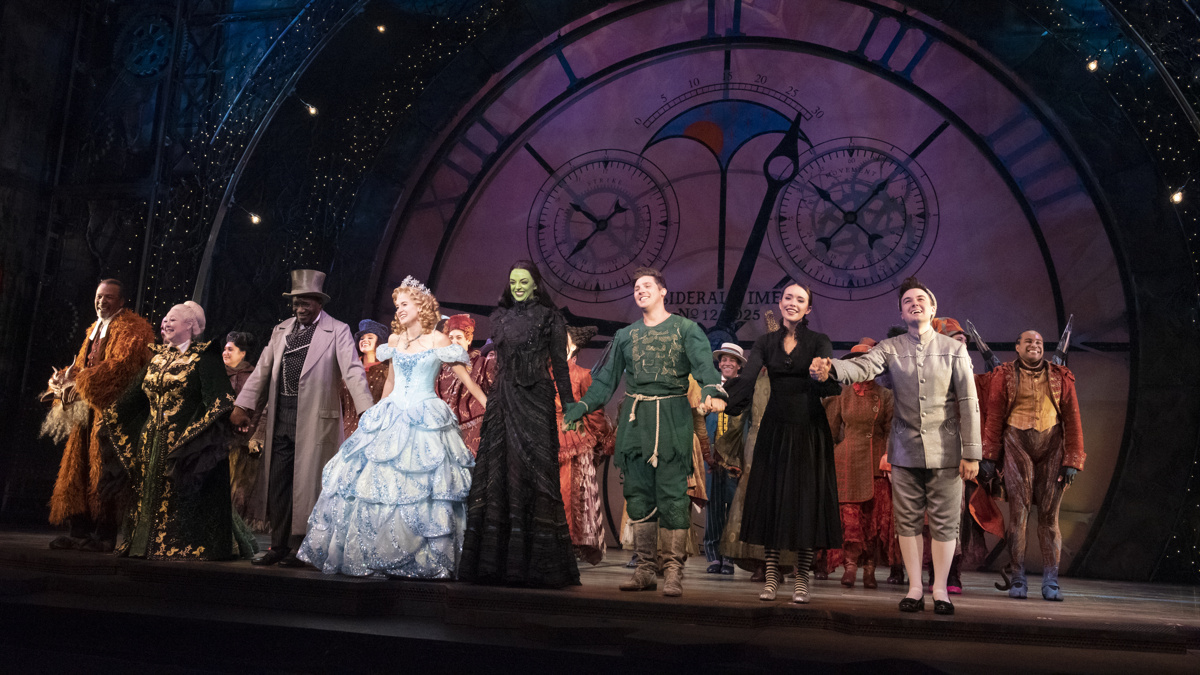 Oh, what a celebration we'll have today! As previously announced, Wicked became the first national tour to resume performances when it bowed at the Music Hall at Fair Park in Dallas, Texas on August 3. The cast, led by Talia Suskauer as Elphaba and Allison Bailey as Glinda got a warm welcome, and thanks to this photo, we can all feel like we were in Oz, too. Audiences across the country can now get ready to see Sharon Sachs as Madame Morrible, Tony winner Cleavant Derricks as The Wizard, Clifton Davis as Doctor Dillamond, Amanda Fallon Smith as Nessarose, Curt Hansen as Fiyero and DJ Plunkett as Boq. Wicked will stay in Dallas through September 5 before heading out on a multi-city tour. As previously reported, Wicked will resume Broadway performances at the Gershwin Theatre on September 14. Check out the photo above to send your "congratulotions" to Wicked!