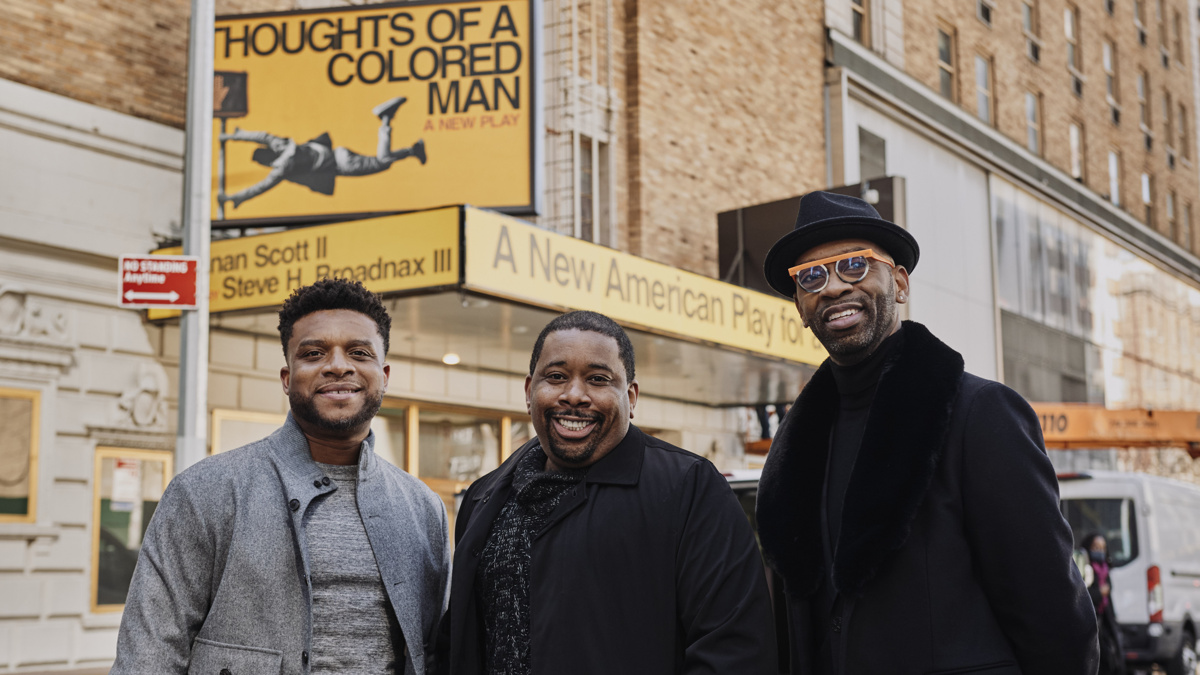 The newest episode of Broadway Profiles features an interview with scribe Keenan Scott II, whose play Thoughts of a Colored Man will arrive on Broadway at the John Golden Theatre beginning on October 1. He told Broadway.com Editor-in-Chief Paul Wontorek about the show’s unexpected road to Broadway. “This play has been a 15-year journey. I started writing it when I was still an undergrad, my sophomore year,” he said. “Being a New Yorker and being from Queens, you know what Broadway is. I’ve walked the streets plenty of times. I’ve gotten off at Port Authority millions of times. But to have a marquee on Broadway a few theaters up from The Lion King—I couldn’t fathom that. I didn’t really dive into theater until I went to college.”

Thoughts of a Colored Man had its world premiere at Syracuse Stage in fall of 2019 and went on to play at Baltimore Center Stage later that year. The show weaves together spoken word, slam poetry and rhythm into a mosaic about the inner lives of Black men. “The play is all about presenting stereotypes and turning those stereotypes on their head and showing that the Black man is multi-faceted. He’s not a monolith,” he said. “I know a lot of times when stories comes from a Black lens, people usually expect to see or hear a certain type of story. This is so not that. You will see love. You’ll see joy. You’ll see happiness. You’ll see pain and sorrow as well. You’ll see that full range throughout this play.”

Watch the interview below, and head here to check your local listings for Broadway Profiles. Hosted by Emmy-winning anchor Tamsen Fadal and powered by Broadway.com, it is the only nationally syndicated weekly theater news program.