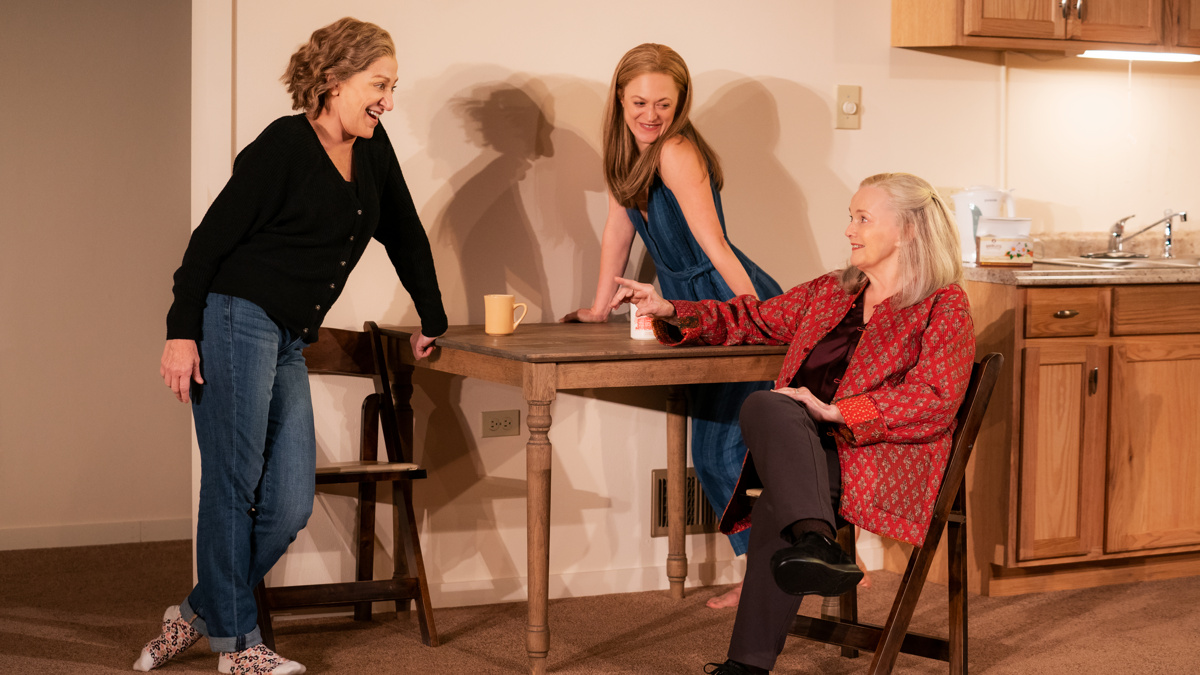 Stephens penned the play with four-time Emmy winner Falco in mind. “We met a good number of times, Simon and I, while he was writing the play. It’s actually based on the life of his sister. Some of the details were also taken from my life,” she explained. “Simon at some point asked me to put my hand on a map. He traced it. I didn’t know what the heck he was doing! It was on a map of the West Village area, and he just followed the path that my fingers made and stopped at places. I don’t know if this is something he’s done before, but a lot of the stuff that he found along the way has made it into the play.”

The talents assembled for the piece, directed by Lila Neugebauer, all agree that Stephens does well by New Yorkers, and more importantly, by women in his play. “Simon has said it himself. He’s like, ‘I shouldn’t be allowed to do this on a number of levels,'” Ireland said. “And yet, what feels even more possible to me with someone who is kind of a witness to something is the capacity to observe very specific details and experiences that maybe someone inside the experience wouldn’t.”

Wontorek likened Morning Sun to the popular Humans of New York portrait series. “Everybody’s life is worth having a real look at,” Brown said, echoing the sentiment. “I love that whole notion of this play kind of being a love letter to New York—but from a whole point of view, not just how lovely it all is.”

Watch the full interview below, and head here to check your local listings for The Broadway Show. Hosted by Emmy-winning anchor Tamsen Fadal, it is the only nationally syndicated weekly theater news program.