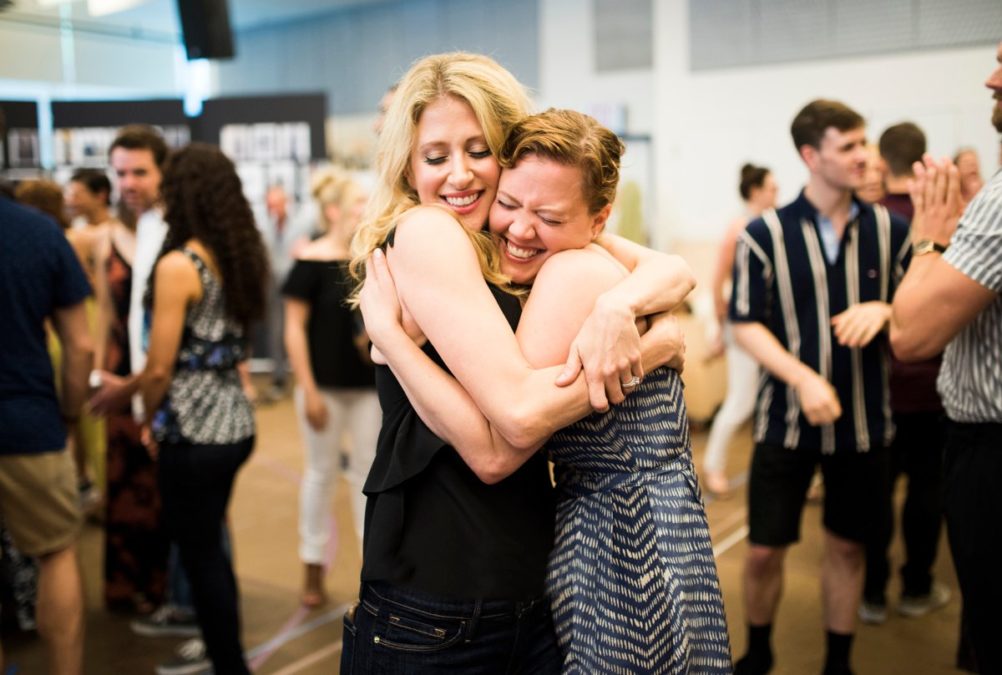 Disney’s new Broadway musical Frozen has released its first sneak peek! The show based on the hit animated movie is in rehearsal for its out-of-town run at the Buell Theatre at the Denver Center for the Performing Arts. Michael Grandage directs the work that features a score by Oscar winners Kristen Anderson-Lopez and Robert Lopez and a book by Jennifer Lee. "I remember standing there the day we began the first reading and looking at the actors and realizing this is exactly what Frozen was made for," says Lee. Take a look at stars Caissie Levy (Elsa) and Patti Murin (Anna) and hear from the mastermind creative team below. Frozen's Denver engagement runs from August 17-October 1 ahead of a 2018 Broadway premiere at the St. James Theatre!